Glimpses into art alleyways on a walk through Taipei

Street art gives big cities another kind of landscape, and provides many artists with an expressive medium. But more than that, it is an innovative art form. Graffiti culture brings a new look to the city—its once faceless walls now bursting with artistic flair and unique style. In Taipei too, street art has gradually gained recognition, and large streets and narrow alleys throughout the city now boast popular landmarks in the form of eye-catching graffiti.

Enjoy the thrill of innovative graffiti in bustling Ximending
The Taipei area most known for graffiti is without doubt Taipei Cinema Park in Ximending (a commercial district full of trendy culture and entertainment). American hip hop graffiti is everywhere. Walking the streets of Ximending, you feel the throbbing originality of the graffiti art. 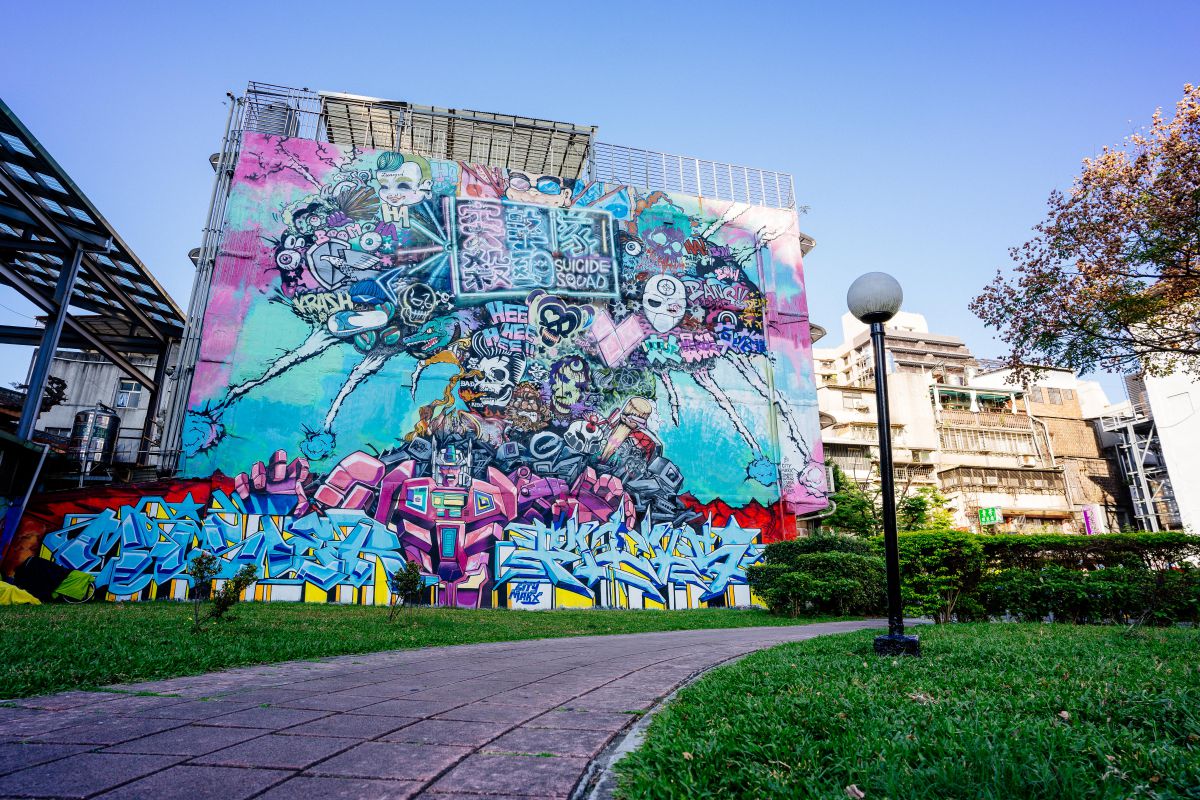 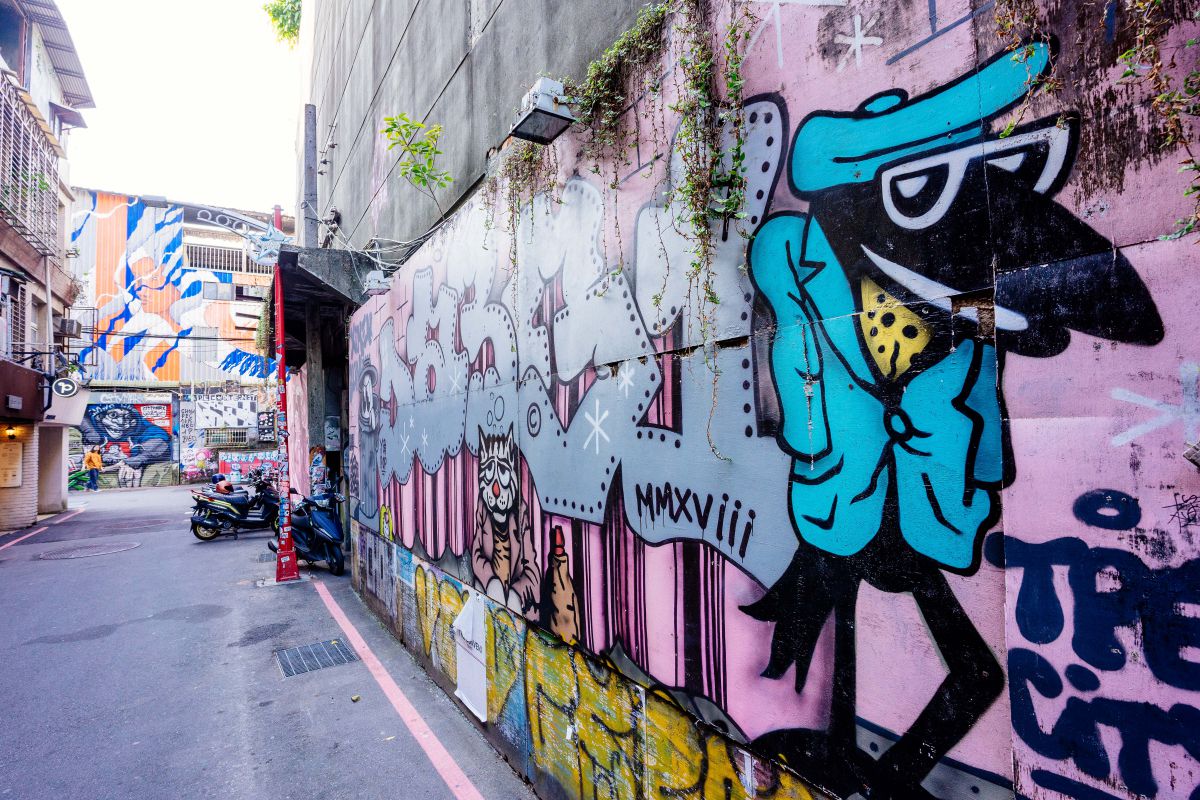 Graffiti art in a Ximending alleyway

Ximending’s top spot for graffiti is “America Street” in Taipei Cinema Park. The lanes and walls near to “Cinema Street” are particularly rich canvases for the works of many Taiwanese and foreign street artists. All kinds of graffiti creations can be seen here—on walls, metal roll-up doors, and electrical boxes—in a full-blown graffiti assault on your optic nerve! With its unique graffiti culture, Ximending attracts many street art fans on pilgrimage from places in Taiwan and abroad. 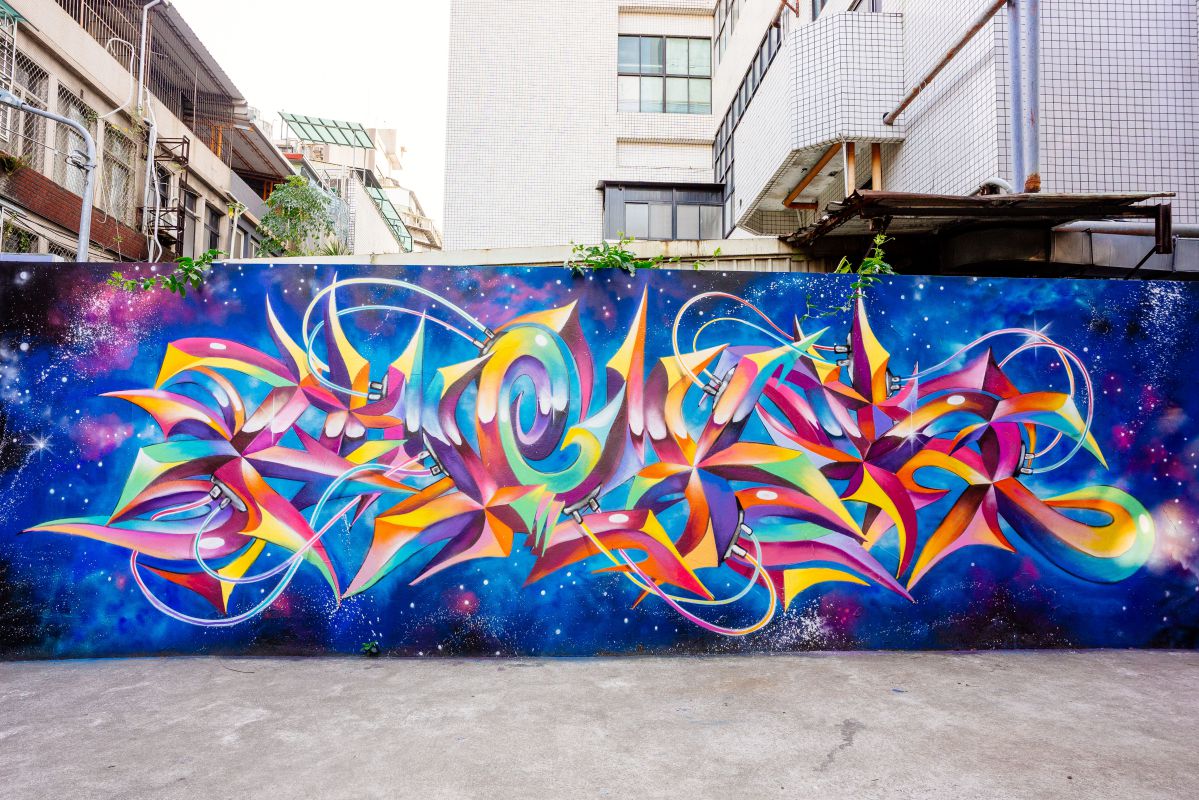 Photograph: In Ximending, graffiti is commonplace. 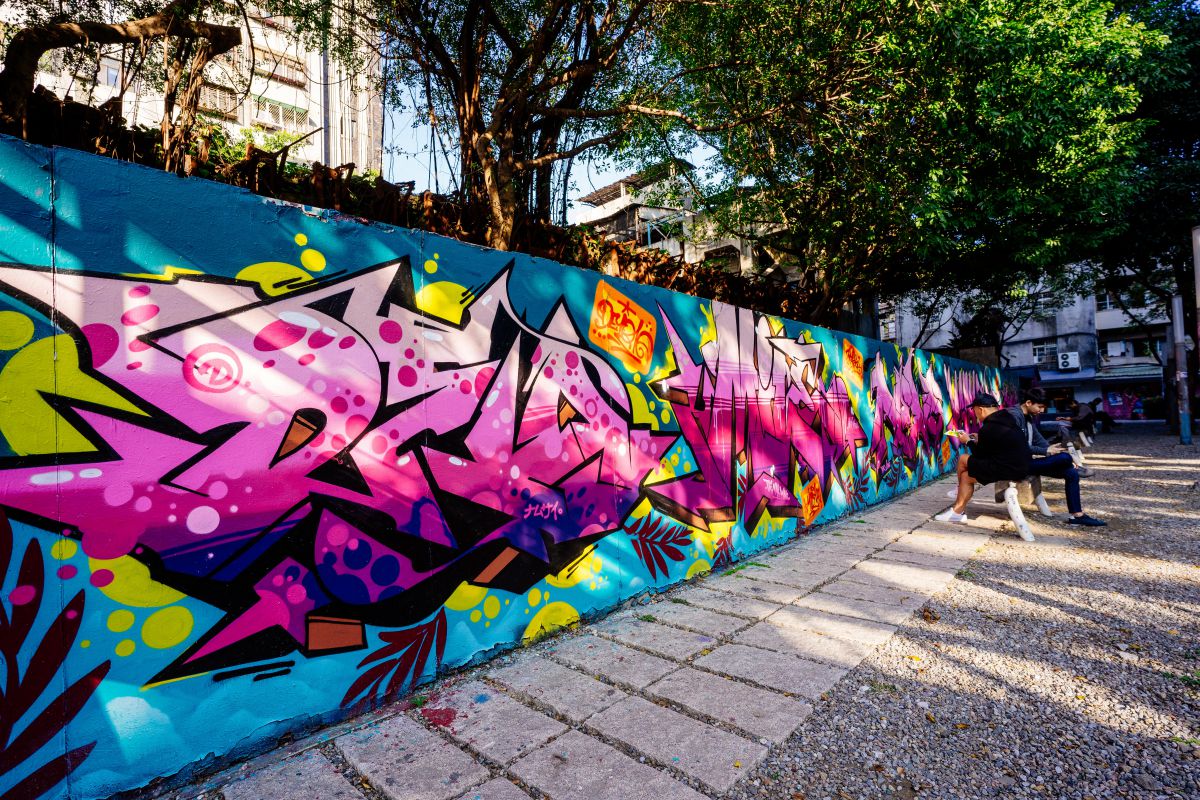 Treasure Hill: Melding art and nature
Every old house must be rebuilt over time, every old village revitalized. Treasure Hill was built into a hillside not far from the residence in the Gongguan business district. Once threatened with demolition, the settlement was reconstructed and the Treasure Hill Artist Village was founded. International art festivals are held there every year, with artists invited to live and work in the village. In this way, art is turning this historical village into Taipei’s most distinctive attraction. 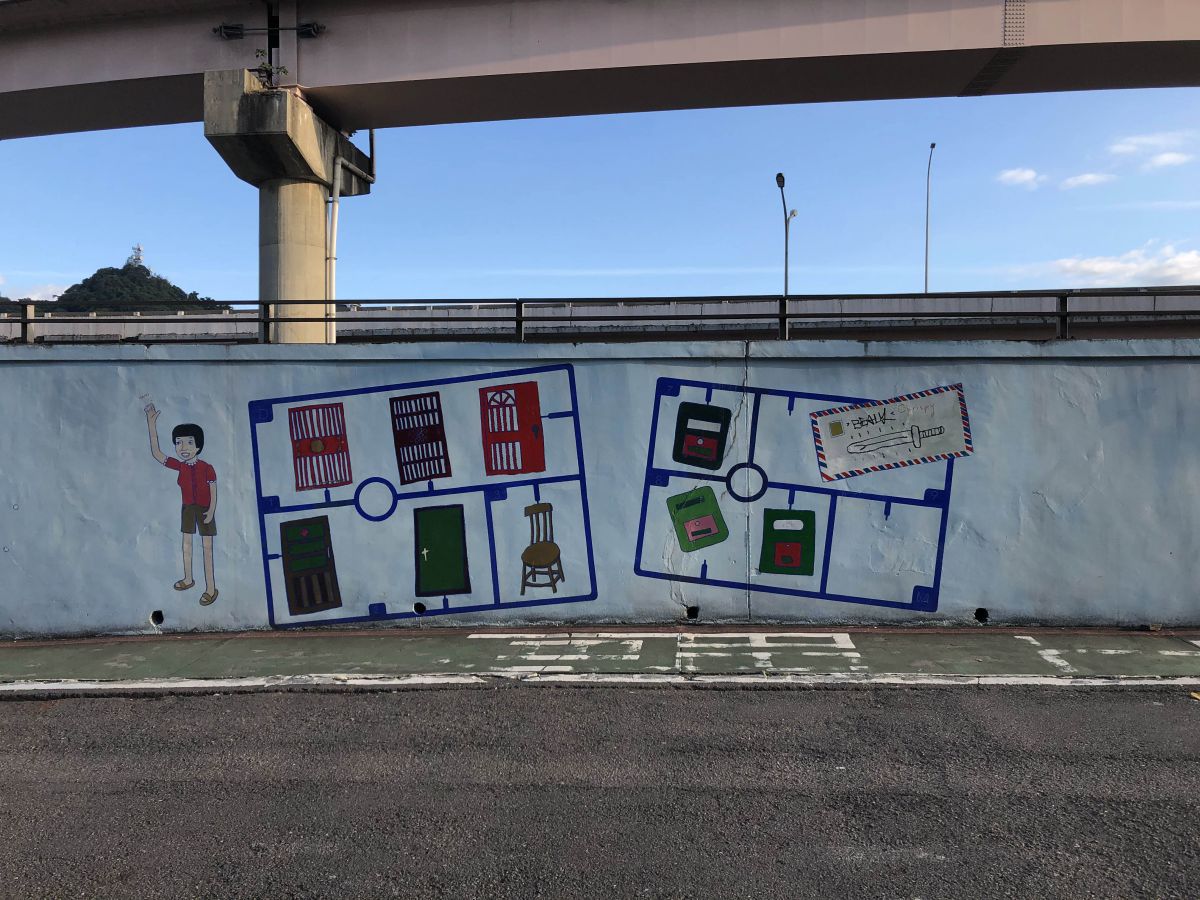 Painting on the outer wall of Treasure Hill Artist Village 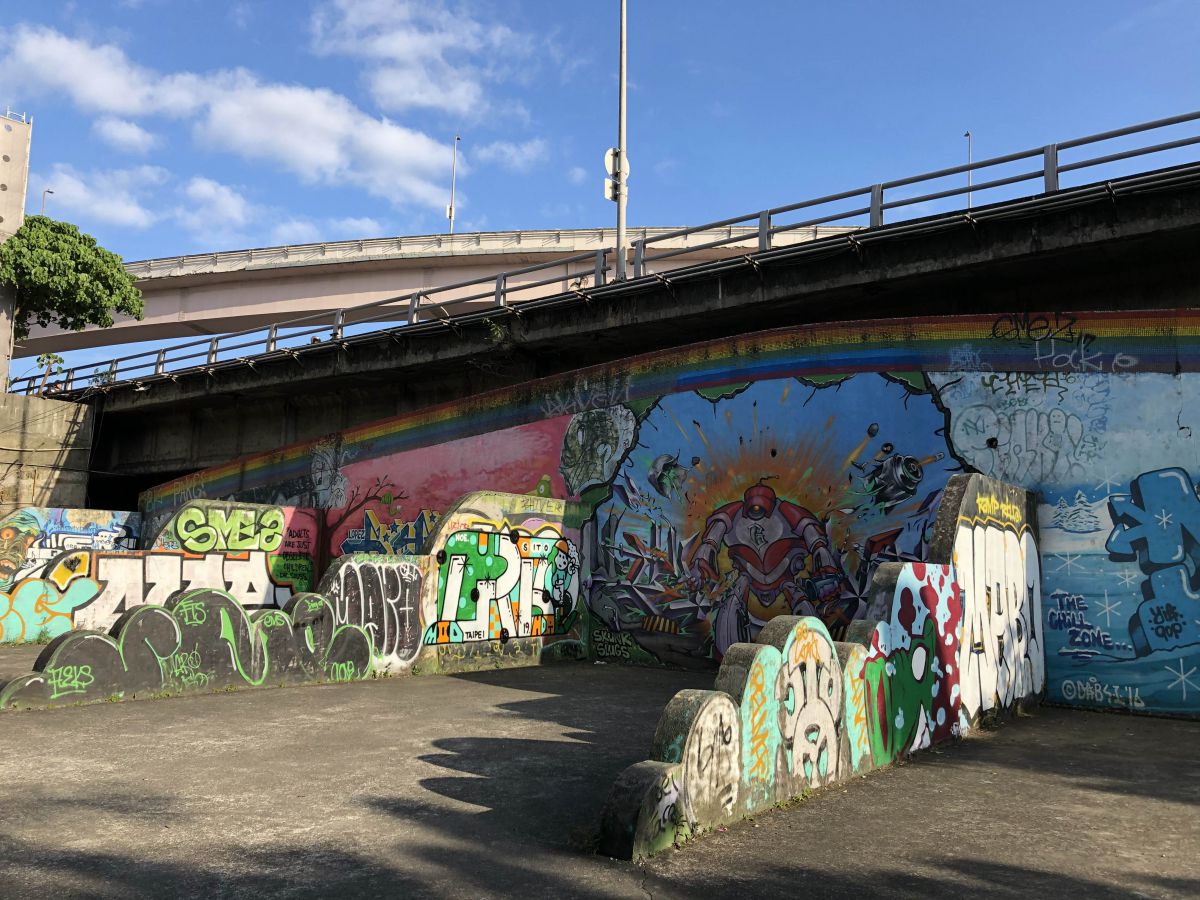 As you enter the village, you see the childlike paintings on the white embankment wall, which steer visitors in the right direction. Also not to be missed is the sports ground near the entrance, the entire wall of which is filled with a variety of graffiti art with strong hip hop stylings and spectacular colors. As you follow the winding stairs into the village, even the casual eye will be surprised by the graffiti that pops up on every side. The ubiquitous graffiti art is part of what makes Treasure Hill unique. Every street corner here is bedecked with art scenery that is worth a closer look. 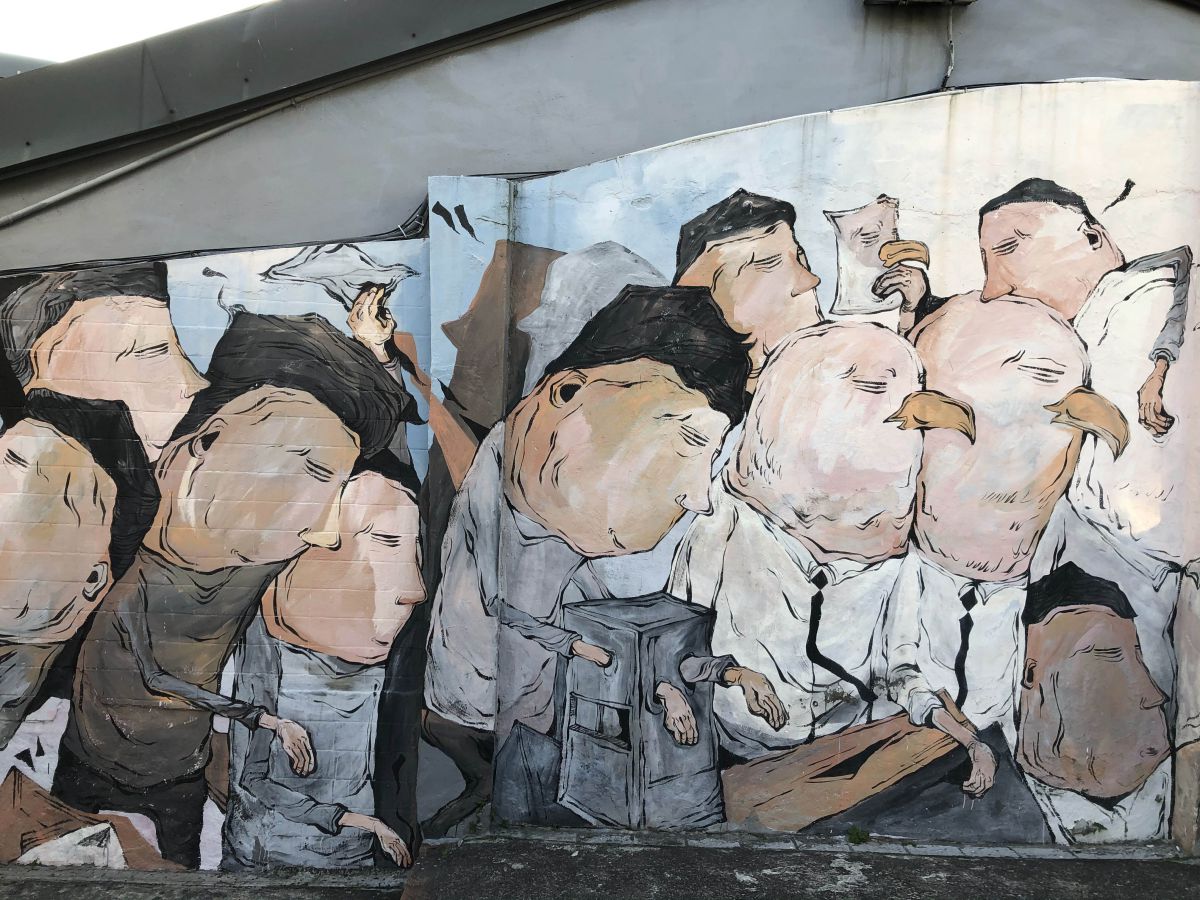 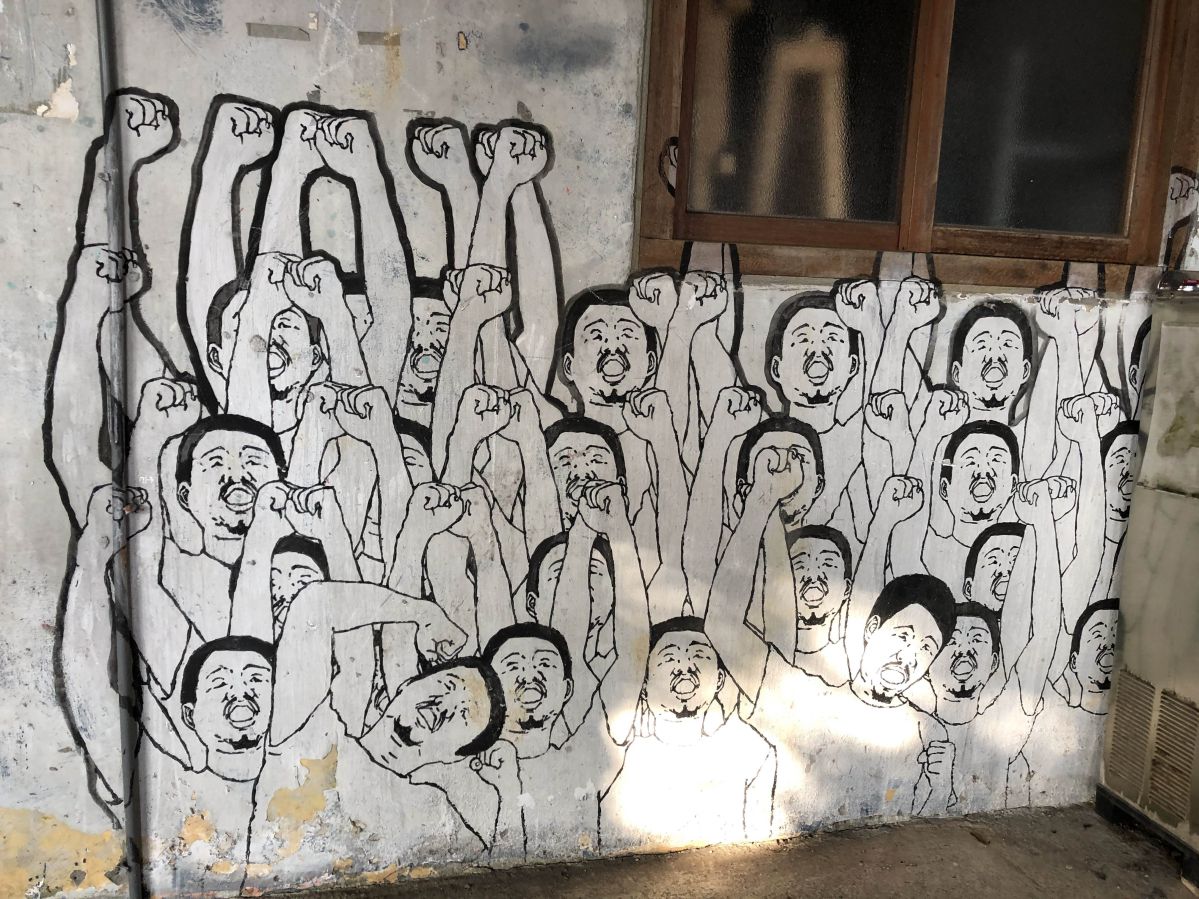 Embracing tradition and modernity, with a taste for adventure: Chifeng Street
After visiting the hubbub of Ximending and the original settlements at Treasure Hill, you might like to stroll through alleyways that still retain the character of early Taipei. In the Chifeng Street business district—a byword among the young creatives of Zhongshan District—new buildings and old houses stand together in a style that fuses old and new. Large-scale graffiti on a wall in Chifeng Street

Photograph: Large-scale graffiti on a wall in Chifeng Street

Once lined with shops selling mainly hardware and auto parts, present-day Chifeng Street is Old Taipei with a young face. Each year since 2012, the Museum of Contemporary Art has worked with the local community to create large-scale street art projects, with artists transforming their observations of Chifeng Street and their feelings for the area into the graffiti hidden away in the many winding side alleys. If you want to see more of these artworks, you must slow your pace and make time to delight in the many little surprises that lay in store. 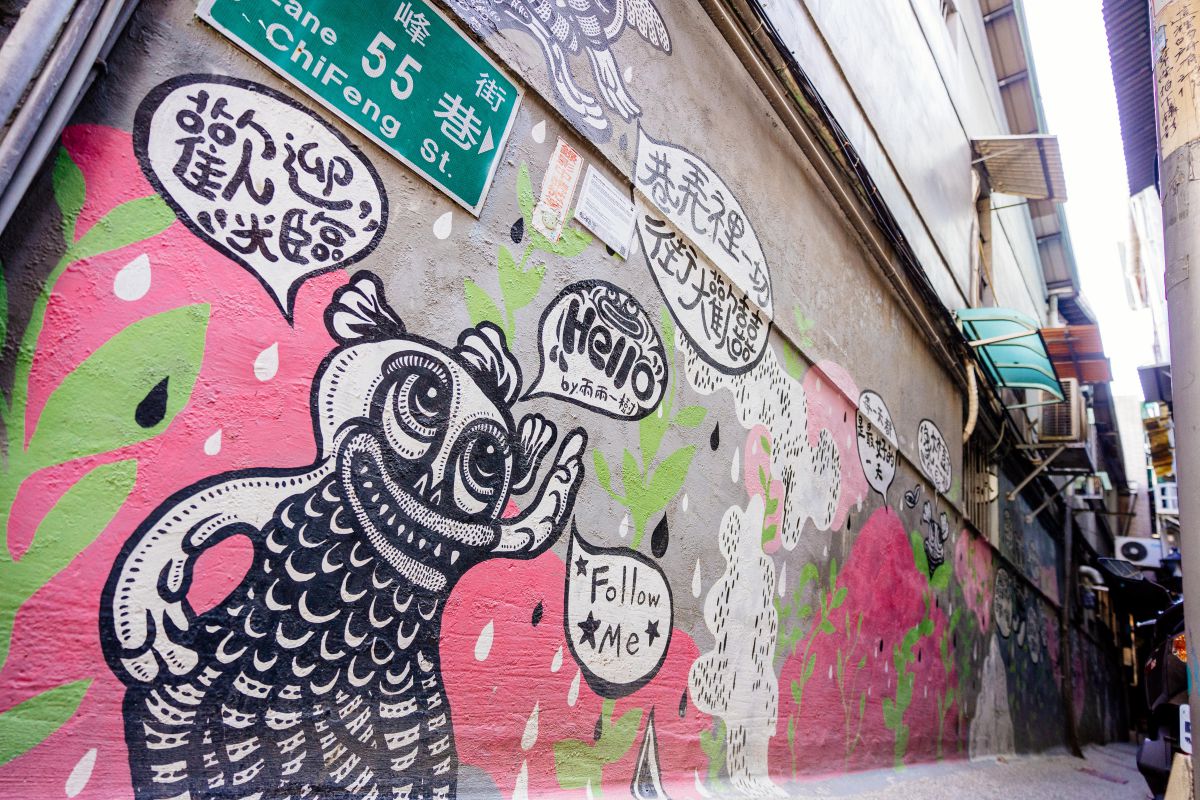 The artist uses lively speech balloons to lead viewers on a fantastical journey along their daily route.

Photograph: The artist uses lively speech balloons to lead viewers on a fantastical journey along their daily route. Soft lines of color extend indefinitely and are woven into a love heart.

Photograph: Soft lines of color extend indefinitely and are woven into a love heart. The artist has incorporated Chifeng Street’s iron-making history in this piece conveying a way of life that blends old and new elements.

Photograph: The artist has incorporated Chifeng Street’s iron-making history in this piece conveying a way of life that blends old and new elements.

These colorful graffiti artworks integrate architectural structures, history, and culture in a way that transforms the urban scenery that people usually take for granted. No longer are the streets of Taipei just gray concrete landscapes. The graffiti artworks display a sense of individualism and have become another kind of tourist attraction in Taipei, bringing many foreign tourists and also infusing the city with a new vitality. In addition to the mouth-watering snacks and important historic sites, Taipei now also has a rich and diverse street aesthetics in the lanes and byways of daily life that are just waiting to be discovered.